Touch boards make your projects interactive. You can turn touch into sound and make any surface interactive. This is something that I wanted create with my our piece of work. I have had previous experience with Arduino and programming to make movement, and luckily the Touch board can be used with the same program. The board basically works by creating sensors with the Touch Board’s 12 electrodes and trigger sounds through its MP3 player. However for my own project I wanted to incorporate lights as well, so went and found one of the technicians who was an Arduino whizz. He suggested that I use a bread board to extend the touch boards electrodes and a Cd4094 chip, which is a shift register. It enabled me to create more points for the touch board. Below is the PDF which I used to link up the different points on it. 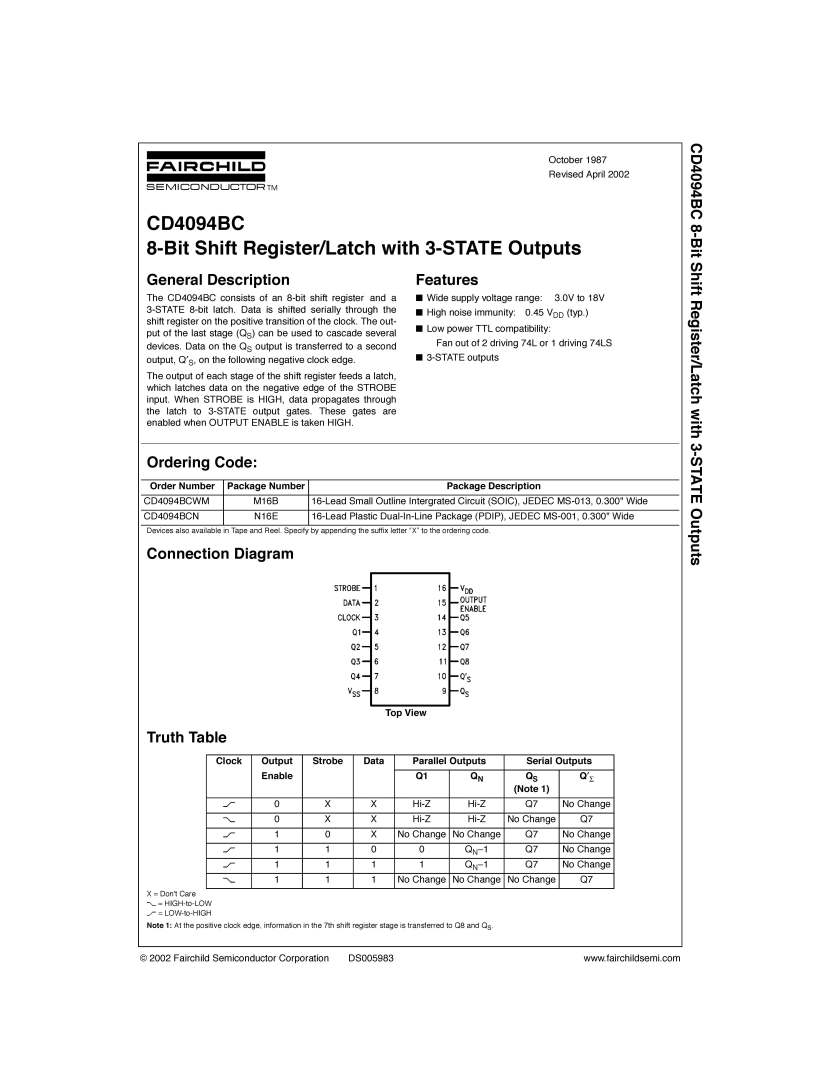 The chip enabled me to control lighting (neopixels). Below is a picture of the boards set up.

After this was set up I attached mini LED’s to the bread board so that I could begin writing the code to co-ordinate with the touch board sensors. This is code that was written below for the programming of the chip. Its basically written as a loop which will made the LED’s turn on with a delay in between and then start again. 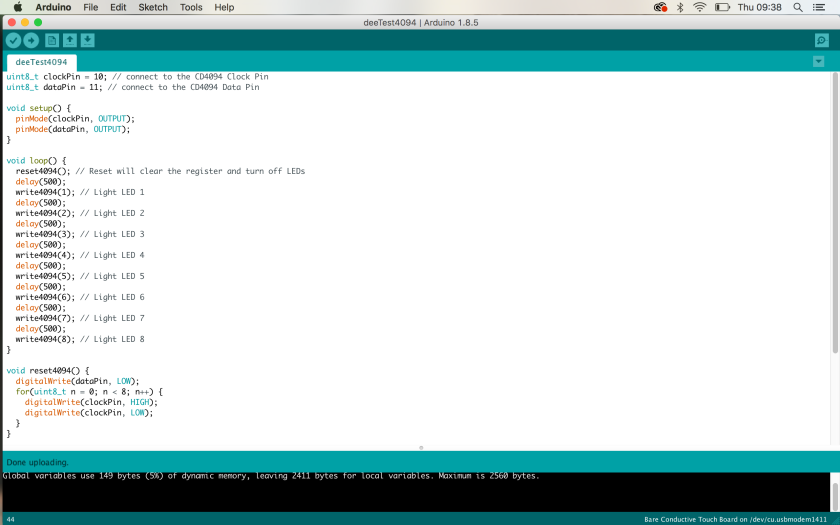 Next step was to upload and record the sound files for the touch board. The sound files needed to be converted in MP3’s. They have to specifically named and then uploaded onto a micro memory card which can be inserted into the touch board its self. Once this was done, I was ready to start creating my piece for it to work on.